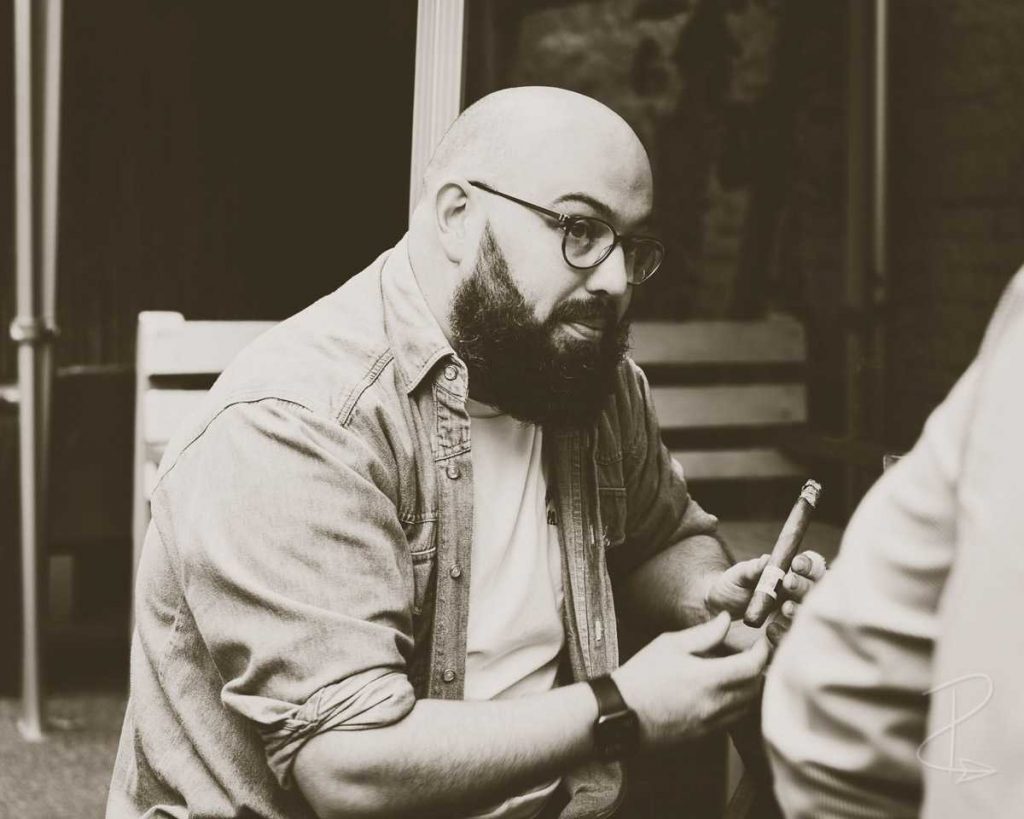 The one with NO COFFEE, Hip Hop Brunch and daytime shots

Eleven of us visited The Aeronaut on a Saturday in mid July with Billy from Sin Cigars as our guest for the day, as he’d sorted out a great cigar for us all to sample that month.

Making the booking itself was easy, although the requests I had asked for (under some cover, smoking ok?) didn’t get mentioned in the confirmation email , which is always slightly annoying when you’re organising a meet-up for a specific event. I replied and sent a direct message on Instagram to double check, but still got no answer. But the show must go on as they say. So with the risk of turning up to an ‘open to the elements’ non smoking venue (the horror), off we all went.

When I arrived there were two doors to choose from (think The Matrix). Choose the door to the left and continue living as normal. Choose the door to the right and join the party… literally! It was 1.45pm and I swear the walls themselves were actually moving. With the Bass turned up, the lights turned down and people on the tables, the (obviously very Covid Compliant) Hip Hop Brunch was in full flow! Needless to say it was the blue pill of normality that I swallowed and went in to the main venue. Once I told the hosts that I had a table booked I was taken through the bar/pub to the first garden (circus themed), and then on to the second garden where the club tables were situated under two large umbrellas.

The drizzle stopped dead on 2pm, as our friends at the weather centres had predicted, meaning the umbrellas became just shades. Still nice to have them just in case! There was a fire pit (off) and some heaters around the garden too and most of the garden was covered in some shape or form, so it’s a good spot for lighting up without getting damp.

The tables had your standard cigarette ashtrays on them and all drinks ordering was done via an easy to use app. Members arrived and settled in to an afternoon at The Aeronaut… Little did we know, scandal was brewing (it was the only thing that was).  After a couple of drinks, it wasn’t long until someone was after a coffee. They checked the app, flicking through the pages of cocktails and brunch and snacks and…nothing. No coffee. Not even a single measly espresso. Not letting our inner panic take hold – you only realise how addictive caffeine is when you are denied it – we asked a passing staff member. Only to be told “we don’t serve coffee”. Who knows what the brunchers were drinking with their Eggs Royale and smashed avo.. Surely places have to offer some kind of cup of Joe? Seemingly not…

I’m still stunned about the lack of coffee, but I’ll try and put it behind me. The Orchard Thieves cider was good… Ok look, I know what you’re thinking, but we weren’t told that “the coffee machine’s broken” or “no coffee today due to blah blah blah…” just straight out, “no coffee”. Ok, I promise not to mention it again!
Once five or so of us arrived a lady with a black tray did the rounds trying to sell Jägerbombs at 2:30pm. And you thought your job was tough! After we had politely declined, she went to the only other table in the garden. They were a three generation table (grandparent, parents and kids) enjoying some food and when she tried to flog them some Jägers too, we overheard them asking for fruit shoots instead.

Unfortunately, she didn’t have any, and it seems the Fruit Shoots tray lady was off that day, because  they were told they’d have to order them on the app. Hopefully she wasn’t on commission, although she may have made a couple of quid when she came back to our table a few hours later…I promised to reveal nothing online, so that’s all I’m going to say.

Overall, the place was good; it’s always nice when people come up and admire the cigar smoking rather than saying anything else and at this pub it happened twice! I would go back again as it was very comfortable for a smoke and maybe one of their evening events could be cool, although I think my Hip Hop Brunch days may be behind me. Just don’t go expecting a cappuccino. Or any coffee. Ok, maybe I’m not over it.

Drinks Pricing (out of 5) 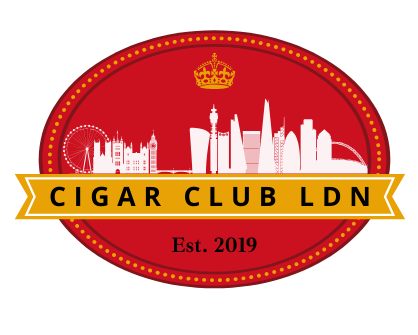 Find out more on joining Cigar Club LDN and our member benefits
Join the Club
Tagged Aeronautreviewvenue
We use cookies on our website to give you the most relevant experience by remembering your preferences and repeat visits. By clicking “Accept All”, you consent to the use of ALL the cookies. However, you may visit "Cookie Settings" to provide a controlled consent.
Cookie SettingsAccept All
Manage consent